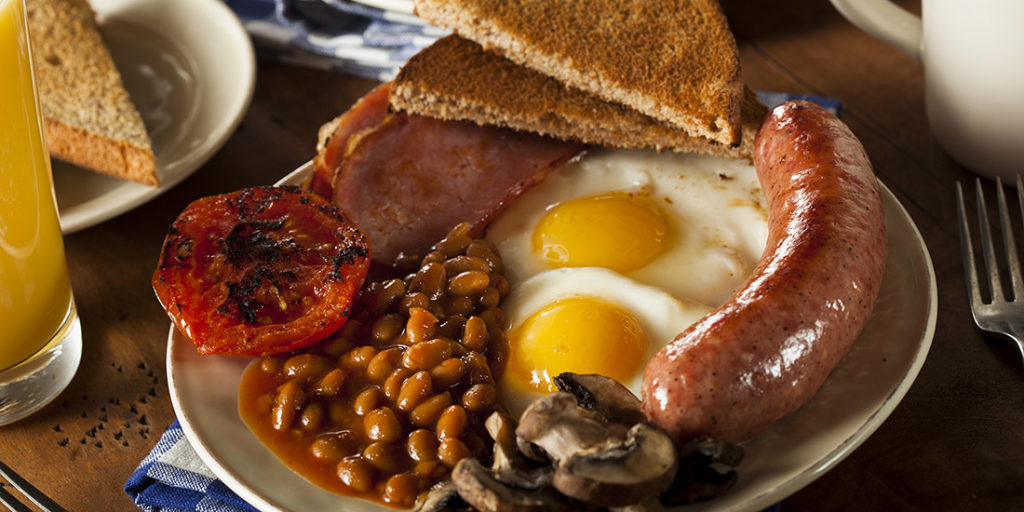 We’re still pretty traditional about the tea we drink with the first meal of the day – English Breakfast Tea is still the brew of choice, but other drink varieties are growing in popularity. Tetleys say that consumption of chai is up by 93 per cent in the last year while Darjeeling, Assam and peppermint are all growing in popularity.  At the same time coffee consumption is growing and offering the right choice of morning beverages is a key part of boosting customer expenditure on a growing sector.

The good old Full English Breakfast is still the most popular choice among UK diners, but other morning goods are not far behind. Toast comes in as the nation’s second choice for one in five of us, when breakfasting out. Sticky continental pastries are still more popular than the likes of porridge, which accounts for ten per cent of breakfast choices.

About half of us will have eaten out for breakfast in the last month. But there’s a price barrier in all this – and when isn’t there? Average brekkie spend is around £11 – although a third of people say they find eating out for breakfast is too expensive. Brunch is another matter though. The food might be much the same, but people say they are happy to pay more when it’s brunch and will spend £3 more on food and another pound on drinks. However, brunch is seen more as a special occasion so while folks will pay more, they seem prepared to do it less frequently.

So where do we go, when we eat out in the morning? It’s no surprise to see the likes of McDonald’s, Greggs, Costa and JD Wetherspoon taking the top four spaces. There’s a clear age split in the places we go to eat. The younger part of the market (16-29 year-olds) prefer the big chain operators for price and value, while older diners prefer independent operators.

People are more likely to go out for breakfast with their family (58 per cent and for brunch with their friends (32%). More than one-third of the British public eat breakfast out of the house at least once a week – 16 to 24-year-olds are most likely to so multiple times a week.