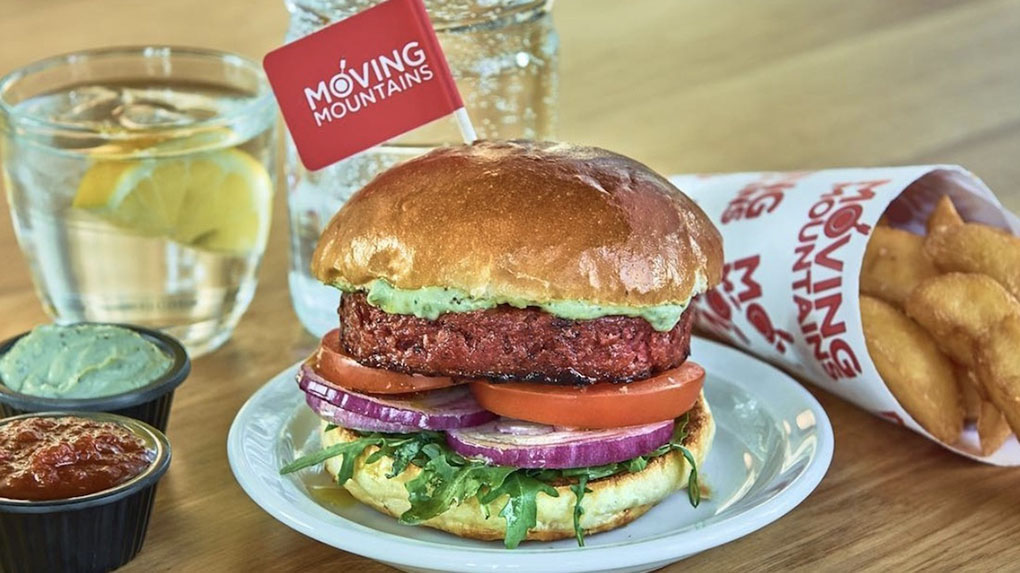 The vegan ‘bleeding’ burger has arrived in the UK, providing a meat-free alternative for vegans, vegetarians and flexitarians.

The plant-based alternative to the world’s favourte hot sandwich has been gaining grund in restaurant chains around the UK and is now set to break into the retail market in 2019.

British company Moving Mountains has teamed up with vegetarian and vegan restaurant Mildreds to launch the B12 burger, otherwise known as the “raw ‘bleeding’ burger”.

The B12 burger has been developed to replicate animal meat using solely plant-based ingredients.

“We can’t wait to launch the Moving Mountains B12 burger exclusively at London restaurant chain, Mildreds and let people bite into the future with our plant-based meat,” says Simeon Van der Molen, founder of Moving Mountains.

In another development Honest Burgers, which became the first restaurant in Europe to serve the vegan Beyond Meat Plant burger, when it was put on the menu at its King’s Cross branch in July 2018, is to roll it out to all 29 of its outlets in London, Cambridge, Reading and Bristol. It will cost £11.50, including a side of rosemary salted chips (honestburgers.co.uk). The ‘blood’ in the title of the burger comes from the addition of beetroot to the recipe.

The bleeding vegan burger (pictured above) marks a further step in the trend to make plant-based meals that resemble meat-based alternatives.

Look out next for the watermelon ham pictured left) which debuted in New York this summer, and will no doubt be making its way over to this side of the pond in due course. It’s a watermelon that is peeled, marinated for four days in herbs, salt, and ash before being smoked for eight hours. It is apparently as delicious as it is difficult to obtain. It comes with a $75 price tag and a lengthy waiting list – Ducks Eatery in New York’s East Village is the place to get if you feel so motivated.